Sugarland Cellars was started in 2011 as a fully functioning winery that features Tennessee grown fruit. We wanted to highlight the history of the Smokies and Gatlinburg  by using locally sourced building materials ( the barn wood on the inside is from two Sevier County barns that were over 150 years old and torn down in 2010). Naming our wines after the people and places that make up the Smoky Mountain area was really important to us. We wanted to not only sell finely crafted wines but to tell the stories of our heritage and give the customer a very personal and authentic experience.

What prompted Sugarland Cellars to become a supporter of Friends of the Smokies?

When we were brainstorming about which names to use for the wines, I asked if we could have a Firefly label to mark the synchronizing fireflies in June. At the time, very few people had heard of it,and I thought it was one of the most beautiful things I had ever seen. Since we also wanted to highlight the artists of the area, we decided to meld the two together. Jonathan Ball suggested that we do a specialty wine for each season and donate to Friends of the Smokies. We were very fortunate to partner with Robert A. Tino as the artist, and his existing client base has added a whole new demographic to our customers. People visit us just to collect the Robert A. Tino/Friends of the Smokies wine every season! We have customers build their vacations around the release date of each wine so that they can keep a complete collection.  We have also created a special wine club for Tino and Friends fans so that they don’t miss a single wine debut.

What is your favorite way to enjoy Great Smoky Mountains National Park?
I am a hopeless stargazer. I love going to Foothills Parkway or Newfound Gap during a meteor shower. The view is simply amazing.

What is your favorite memory of Great Smoky Mountains National Park?
Camping in Cades Cove with my family. We would often go for a full week and hike, ride our bikes,and explore the woods. Also, there is nothing like bacon and eggs cooked over a campfire at 7AM.

Scripps Networks Interactive‘s (NYSE: SNI) history dates back to 1878 when Edward W. Scripps founded “The Penny Press” in Cleveland. The E.W. Scripps Company solidified its position as one of the most successful newspaper publishers of the post-war era, and built its reputation as a leading operator of local television stations.  In the early 1980s, in an effort to develop a source of revenue that wasn’t dependent upon advertising, Scripps began buying and building cable television systems.  In 1994, Scripps purchased Cinetel Productions, a Knoxville-based creator of programming for cable, and announced plans to launch HGTV.

Building on the success of HGTV, Scripps acquired or launched additional lifestyle television networks to round out a six-network portfolio, which includes Food Network, Cooking Channel, DIY Network, Great American Country and Travel Channel.  In 2008, E.W. Scripps separated into two publicly traded companies; one focused on growing national television lifestyle brands and global Internet services, and the other on relevant, innovative and enduring local media businesses. Today, Scripps Networks has offices around the world including Singapore, Brazil, London, Italy and now Poland with the Acquisition of TVN, the country’s largest media company, earlier this year. Nearly 200 million cumulative viewers in nearly 180 countries and territories across Europe, Middle East, Africa, Asia Pacific, Latin America and the Caribbean enjoy the unique and popular programming created by our employees.

What prompted Scripps Networks to become a supporter of Friends of the Smokies? 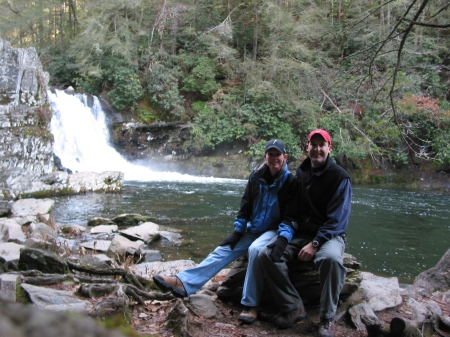 Corporate social responsibility at Scripps Networks is at the core of the company’s values and promotes partnerships with a range of nonprofits across the globe. The goal is to align corporate giving with the brand categories of home, food and travel through strategic partnerships, content platforms and diversity initiatives. Travel Channel has had a long-standing alliance with National Park Foundation with on-air promotion, content integration and other in-kind offerings, and the network’s programming has television and web content that includes national parks across the country, which complements the mission of Friends of the Smokies. In addition, Scripps Networks Interactive’s world headquarters is located in Knoxville, TN, just minutes away from Great Smoky Mountains National Park, the most-visited national park in the country.

What is your favorite way to enjoy Great Smoky Mountains National Park?
Just a drive through the park on a clear fall day is all I need to recharge.  Biking at Cades Cove and wading in the clear water are perfect opportunities to relax and unwind while taking in all the wildlife the park has to offer.  There is nothing stressful about being at the park. Even if you have a little traffic to contend with, it’s offset by all the beauty that surrounds you.

What is your favorite memory of Great Smoky Mountains National Park?
My husband and I took his parents and my Mom to the Smokies a few years back for the Symphony in the park concert.  It was a warm day but the music was delightful and we even spotted a bear or two on the way out.   I just love looking for wildlife when I drive through the park.  You just never know when you might spot a bear, deer or other sweet creature.   In addition, we have a tradition now to schedule a hike in the very early hours of January 1.  The weather may be on the chilly side, but it’s refreshing. And you can’t beat the limited traffic!  It’s a great way to kick off the New Year with a healthy activity in such an amazing place.

Alcoa has a rich manufacturing heritage in East Tennessee and we celebrated our Centennial anniversary just a few years ago. Our plant makes sustainable aluminum products mainly for regional and national customers. Our commercial markets have varied over the course of our history but have been centered on can sheet over the past few decades. Just 2 years ago, we embarked on the next chapter of our history in launching a $300 million investment into the automotive market.

What prompted you to become a supporter of Friends of the Smokies?
My wife and I have always enjoyed the mystique of the mountains, whether it is Northern Appalachia, the Rockies or, most recently, the Great Smoky Mountains.

What is your favorite way to enjoy Great Smoky Mountains National Park? 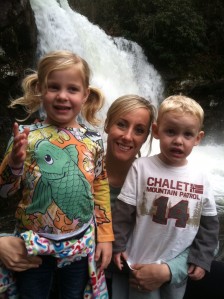 We enjoy taking a tranquil but challenging family hike on some of the Smokies’ best trails or letting our kids unwind with a run across the meadows at Cades Cove.

What is your favorite memory of Great Smoky Mountains National Park?
Watching, with great fear and anticipation, as our young children held hands on the log bridges that surprised us along our fall hike.  We have wonderful memories from that day!